Generally speaking, both the band saw and the table saw are great saws.  If your budget allows it, then make sure to get them both since they do a great job. But unfortunately buying them both will cost you a lot of money since both of them are expensive.

If you are just starting out with saws, then you have to decide which one to get, the band saw or the table saw.  If you are a beginner then these two tools can look the same for you. They both have blades and they are used to cut wood. What’s the difference?

Except for explaining how band saws and table saw work. We also have a post about band saw reviews. We have listed the top 5 best models we have ever used and explained their features too. Make sure to check it if you decided to buy a band saw.

As I said before, both of these saws are great, but they have their own differences. If we are talking about safety, which is the first thing you should check when buying a new machine. Then the band saw wins.

Tables saw are far more dangerous since their blades can kickback and seriously damage you or anyone near you. Clearly, this doesn’t happen every day, but there’s always the chance of that happening. We are not saying that band saws are safe because if you are not careful you can always hurt yourself with any saw. But at least the blade on band saws cuts downward and cuts the wood in the table.

As a beginner, you can injure yourself with any of the saws, so that’s why it’s always recommended to read the manual and to know how exactly saws work, and also search on the internet about what safety measures you need to take while using a saw. Another thing I like about band saws that I don’t like about table saws is that the band saw allows you to make angled cuts.

The table saw cuts wood with more ease and sometimes depending on the model it can also be more powerful. But table saws don’t do a good job when it comes to thick material.  Max blade height for a table saw is 3 ½”. If you want to cut thicker objects than 3 ½” then it’s recommended to use a band saw and not a table saw.

If you are a woodworker then the table saw is a “must-have” tool. I have never seen a professional woodworker that doesn’t like or own a table saw. There are many saws that do almost the same tasks as a table saw, such as miter saws, circular saws, etc. But none of these tools have the precision and the efficiency that the table saw has. 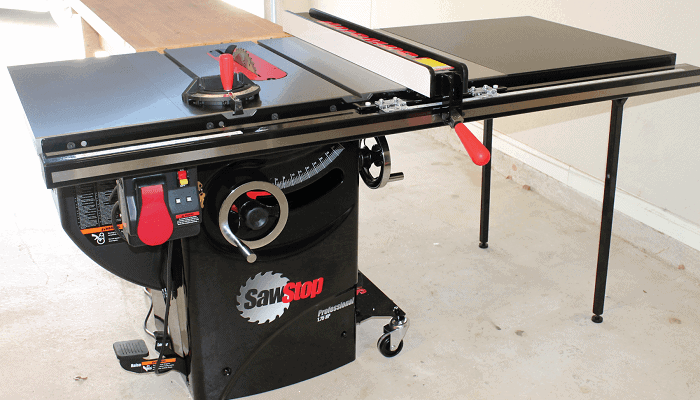 Table saw uses a circular blade that is controlled by the motor. It has an arbor in the middle, you have to push the wood there and it will create a straight cut. One of the biggest reason why the table saw is the number one choice for most of the woodworkers is because of its power. Thanks to the powerful motor that they own, they can cut almost every wood with ease and precision.

The table saw is used more for big projects and objects. If you compare it to the band saw, it has a much larger table that allows you to cut larger objects and materials [ larger, not thicker].

Unfortunately, table saws are dangerous. They are responsible for more than 70,000 injuries per year. That’s about 70% of all injuries that are caused by saws per year. So, while using table saws you will have to be extra careful. Make sure to read the manual, use safety goggles and search on the internet to know how to protect your self.

Some of the modern models have an automatic braking system to prevent injuries, which sometimes it does a great job. Modern table saws also have a dust port extractor and they also come with adjustable blades which help to get better versatility.

If you have a small workshop then the table saw will take most of it since it’s thicker than a band saw. It’s also a lot of time noisier than a band saw, the noise doesn’t have to do anything with the performance, but some people may find it disturbing, so it’s worth mentioning it.

We have talked a lot about band saws on this website, we are huge fans and we use them a lot. First things first, band saws are thinner so they won’t take you a lot of space on your workplace. 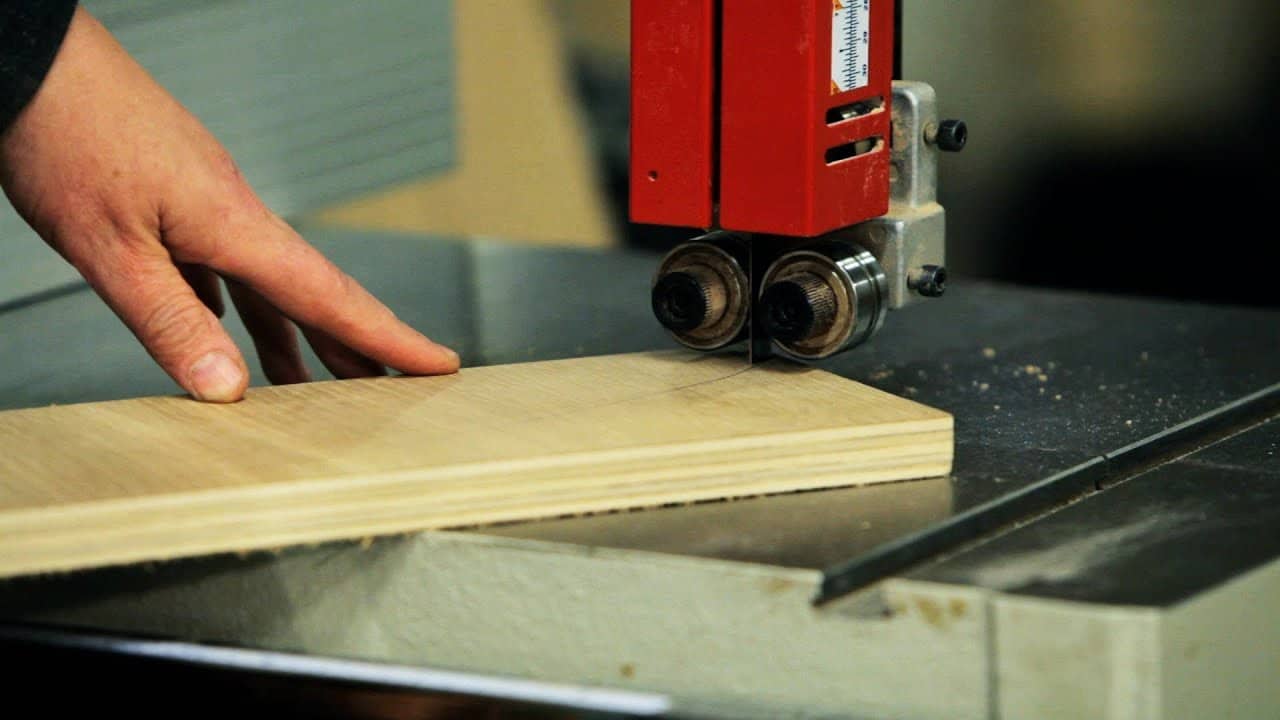 You can find these machines often on professional workshops, a big reason for that is because you can you band saws to cut almost every material. If you have the right blades you can cut metal, plastic, etc.  As we said before, they do a good job on cutting thick materials, as long as you can fit an object in the band saw, the band saw can cut through it.

They don’t produce as much sawdust as table saws do, also they are a lot of times more quieter than a table saw.  Band saws are also used to make curved cuts. Modern band saws allow you to tilt the table and make cuts up to 45 degrees.

When it comes to saws you are never safe. I mean there are razor sharp blades that are spinning at a high rpm’s. But if you compare band saws with table saws, then band saws are safer.  Clearly, you should protect yourself all the time and you should always use push tool when working with saws.

When it comes to the motor, the band saws lose the battle here. Table saws are more powerful and faster. It will always take you more time to cut an object with a band saw then it would with a table saw.

If you have made it until here that means that the differences between a band saw and a table saw should be obvious for you now. Deciding which one to get can still be a hard decision for you because there is a lot of money involved here. But, it should all come down to your intends and your experience.

If the money isn’t your problem then you should buy them both.  You can combine them and make amazing objects and stuff such as furniture, etc, and sell them.

But never forget that saws are not toys, they are very dangerous machines that can permanently damage you or anyone near you. Always read the manual to see how every part works and always use push tools.

Without push tools, your hand is gonna be very near the moving blades, especially while working with table saws, one little mistake and you may hurt or cut your own hand. So safety always comes first. Never forget that.

Other Reviews
Scroll back to top