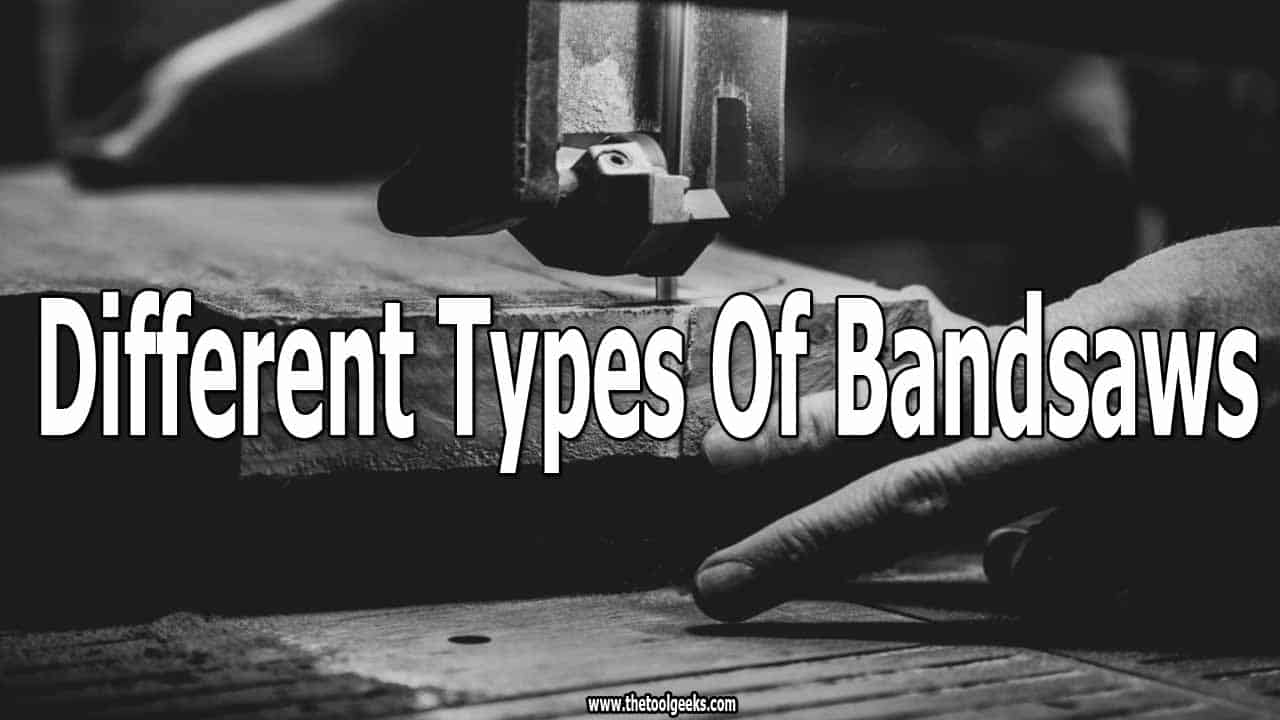 Are you on the lookout for a band saw? Do you want to know the market options available for you to pick from? If your answer is yes, then you will love to read through this.

When you are done with this article, you will discover the types of band saws available, familiarize yourself with the functions and parts of a band saw, and you will be able to decide which of the band saws will best fit your task.

What is a band saw?

The band saw is a machine that makes the cuts made by the reciprocating saw and other handheld saws seem like child’s play.

The band saw can easily outclass any power cutting tool in the world of wood or steelwork. The saw uses a long circle-like blade to make cuts. The blade is spun around repeatedly by a motor in the saw.

There are different types of band saws, each perfect for making specific cuts such as straight cuts, curves, and shapes on any material. The band saw has wheels on the inside that spin the blade. The band saw can be used to:

Advantages of the band saw

The band saw gives tons of advantages to the user.

Parts of the band saw

Band saws are complex machines when it comes to the way they are built. Some band saws have features that are specific to their build. However, the parts below can be found on virtually every band saw.

The frame: this is the outer part of the band saw. It’s also the biggest part of the saw. It houses some parts of the saw while the other parts like the adjustment knobs and the power button are attached to its body. The frame is usually made of metal.

The motor: the motor of the band saw is the part that provides power to the blade. The band saw motors range in speed measured in “amps.” Different materials have a specific amount of motor-power that is needed while cutting them.

The clamp: this is the part of the saw that holds the material to be cut firmly in place to prevent vibration and movement while cutting. Clamp designs also vary according to the type of band saw. For instance, most horizontal band saws usually have a vise clamp with a lever.

The table: this is where all the cutting takes place. It is the work station on the band saw. all band saws have a table where the material is placed and cut. However, these tables range in sizes based on the type of band saw you have.

The blade: the regular band saw has a circle-like thin blade that is attached around the wheels in the saw. A band saw blade is very long.

The wheels: the blade of the band saw is fixed around wheels which together with the motor spin the blade repeatedly. The wheels in a band saw are usually made of light steel or metal.

There are varieties of band saws out there and a wide range of band saw-manufacturing companies too. So what differentiates a band saw from another? Largely, band saws differ based on two features. Their structure and their specific purpose.

Some band saws are bigger than others. Some are used for straight cuts while others are used for complex cuts. Some are also designed to cut through thick and large materials while others are designed to cut through light and small materials. Below are the common types of band saws you will find according to purpose and structure.

As the name connotes, this type of band saw is specially designed to cut through metal. It looks like a huge box. The metal band saw uses a fine and thin blade to make cuts on metal as opposed to the larger and aggressive blade built for the wood band saw.

It is also relatively slower than the wood band saw. This is because you don’t need tremendous speed to cut through metal. Metal band saws come with specific built-in features and instructions to the user.

For instance, most metal saws come with a coolant that lubricates the saw and keep it cool while cutting. The metal saw can be categorized into two: the vertical and the horizontal metal band saw.

The meat band saw is seen in different meat shops. It can cut through chunks of meat and bones easily. The table and most other parts of the meat band saw are specially made from stainless steel which makes it stain proof and easy to clean.

This band saw is made specifically for cutting logs and timber. The blade of a wood bandsaw is thick and coarse making it appropriate for cutting wood easily. It comes in different size variations.

The resaw, the head saw, the double-cut, and the benchtop saw which is the most popular among homeowners due to its size and moderate power. Any of the “Rikon” or “JET” wood band saw will be a good choice.

This band saw is quite expensive and huge. It has many working parts that make it largely suited for industrial or professional use.

This band saw cuts down horizontally. It’s not suited for making curves or shapes. The saw uses a clamp to hold the material in place while the blade is lowered on the material by hydraulics located at the back of the saw.

The power and precision of the saw make it suitable for cutting just about any large material.

The vertical band saw uses the same technique to cut material. The fixed nature of the blade makes the saw suited for making any kind of cut.

This band saw is popular because of its lightweight and easy mode of handling. They are popular amongst workers who don’t have a specific work station.

The saw can be carried along anywhere they go. “DEWALT” has a wide range of portable band saws.

What are the factors to consider when buying a band saw?

Some factors to consider when picking a band saw include:

Overall, the band saw you choose ultimately depends on you.

Let us know if this article proves useful to you by leaving a comment below. You can also check out other articles on this website. You will love them. Have an awesome band saw-shopping experience.