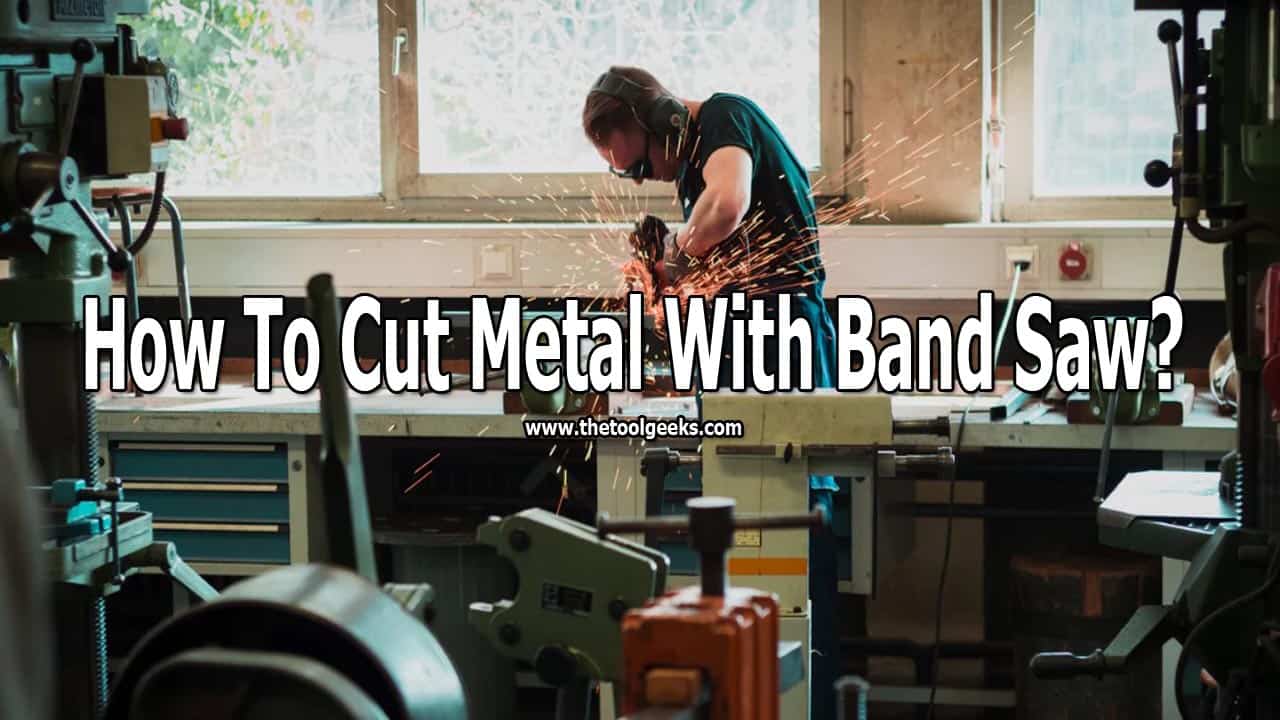 Metal is not a material on which you can do easy cuts. It is even harder when you need to make angled or curved cuts. Cutting metal requires more skills than when cutting wood. You may hear it a lot but having a piece of basic knowledge on how the saws work can be very useful.

The band saw is powerful and is usually used for cutting thick wood. Nevertheless, there are few designed models that are equipped with more powerful blades that can cut metals.

The band saw’s blade works in a looped way and it is connected to the band which goes around two wheels. The upper one contains and leads the blade whereas the bottom one alters the speed.

This blade works in only one direction different from some saws that work with an up and down movement. In general, band saws are not produced for cutting thin metals, it is recommended that the metal must be thicker than the depth of 3 teeth of the band saw’s blade.

There have been produced different blade widths, each created for e specific cut. If you are trying to make a straight cut on a thicker metal then you have to use the band saw with thicker blades.

Many models of band saws are available out there. Such as cordless units, benchtop bandsaws, or as a freestanding floor model. Additional options, as it happens in most power tools, go from classical options for a smaller DIY project to more completed additional options.

These more completed additional options are equipped to the models which are more professional. Additional options include miter cuts, more advanced speed options, and a hydraulic descent (an extra feature added to the standard descent. There are two ways with which we can measure the speed of a band saw: meters per minute (MPM) or revolution per minute (rpm).

How To Cut Metal With A Bandsaw?

There are few things you must know and do before starting to work with a band saw:

There are more models of the band saw that you use to cut metal, besides the standard one. You have to place them correctly as well before going through with the cut.

Surely, every saw comes with its risks and damages. In some situations, the blade may start to stick. In these times you must stop the work and paint the blade with a wax stick. Put it directly to the teeth area. This will loosen up the blade and make it efficient once again.