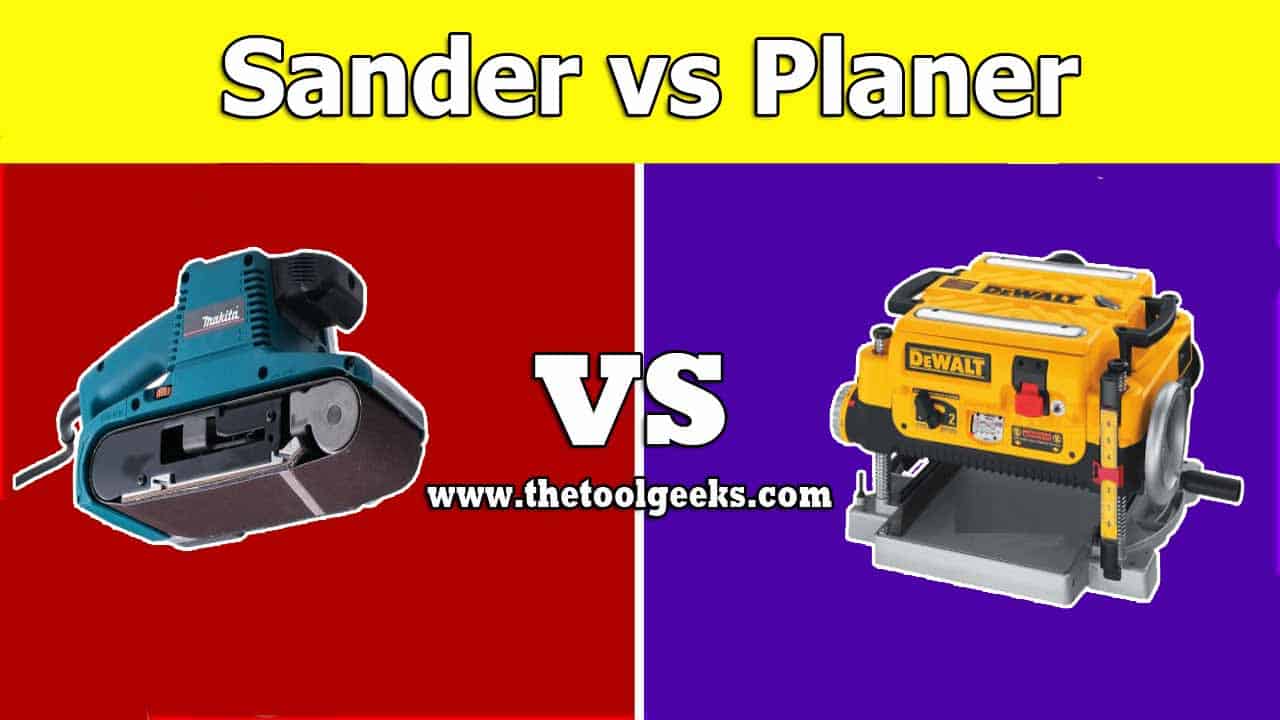 Almost everyone who has begun to work with wood for the first time gets confused about whether to use a Planer or a Sander to finish the project.

They may seem to have almost similar functions but their options are different as well as when they are used. Each is designed specifically for a purpose.

A planer is used for smoothing a rough surface. This is not its only option. A planer can as well lessen the thickness of a piece or slice of wood. Even when the removal of a portion from the wood is needed this tool is the perfect one for the job.

Furthermore, the planer allows the customization of the thickness on a random piece of wood. This is possible because the planer can lessen the extra portion with smoothness and consistency. Other usages of planer are the attachment of the edges and the beveled cutting of door edges.

When starting a new project use a planer, it will be very useful. Before starting the project, you need to make some preparation to implement it.

You may need some tools, a place to work, and material. One of those tools should be a planer. There are some things you need to do before starting to work with a planer. You need to adjust the shape and lessen the thickness of the wood pieces as it is needed. This will make the job easier.

As I said earlier this tool is also used when you need to finish the work. This means that if you need to put final touches as to smoothen the wood, you should use a planer.

A Sander is a tool that is powered electrically, but there are also some cordless sanders available on market.

There are three kinds of sanders out there. You can find them in almost every store.

What’s The Difference Between a Planer and a Sander

As mentioned at the beginning of this article, a planer and a sander have similar usage but their options are different. In this part, we will speak about where exactly do these power tools differ and where can one be used best than the other.

Usually, before using a tool there are some instructions or basic knowledge you need to know about the tool you are going to use. The same goes for each of these tools.

A removal rate of a planer is way more than a sander’s. Also, a planer cuts more quickly large portions of surfaces or pieces of wood.

Meanwhile, a sander cuts more slowly than a planer but a sander is better than a planer when smoothing or sanding surfaces. It is important to know that when the removal of thickness is needed when starting a project, you should use a planer, not a sander.

If you use a sander to reduce the thickness of a wood piece you will waste more time than with a planer. Also, a sander has to go over and over at the same place to do the job, this can result in an increased heat in that area. This repetitive process can damage the material.

Meanwhile, a planer with just one pass is able to reduce a much larger portion of the wood piece. So with a planer, you save more time and the material is safe from the risk of damage for there is no heat caused.

A sander’s specific purpose of creation is for finishing jobs. It removes the out-of-line portions of the surface and smoothes the surface in a more precise way.

While a planer’s specific purpose is to lessen the thickness of a wood piece. This tool is used at the beginning of the project, on the contrary to a sander which is used at the end.