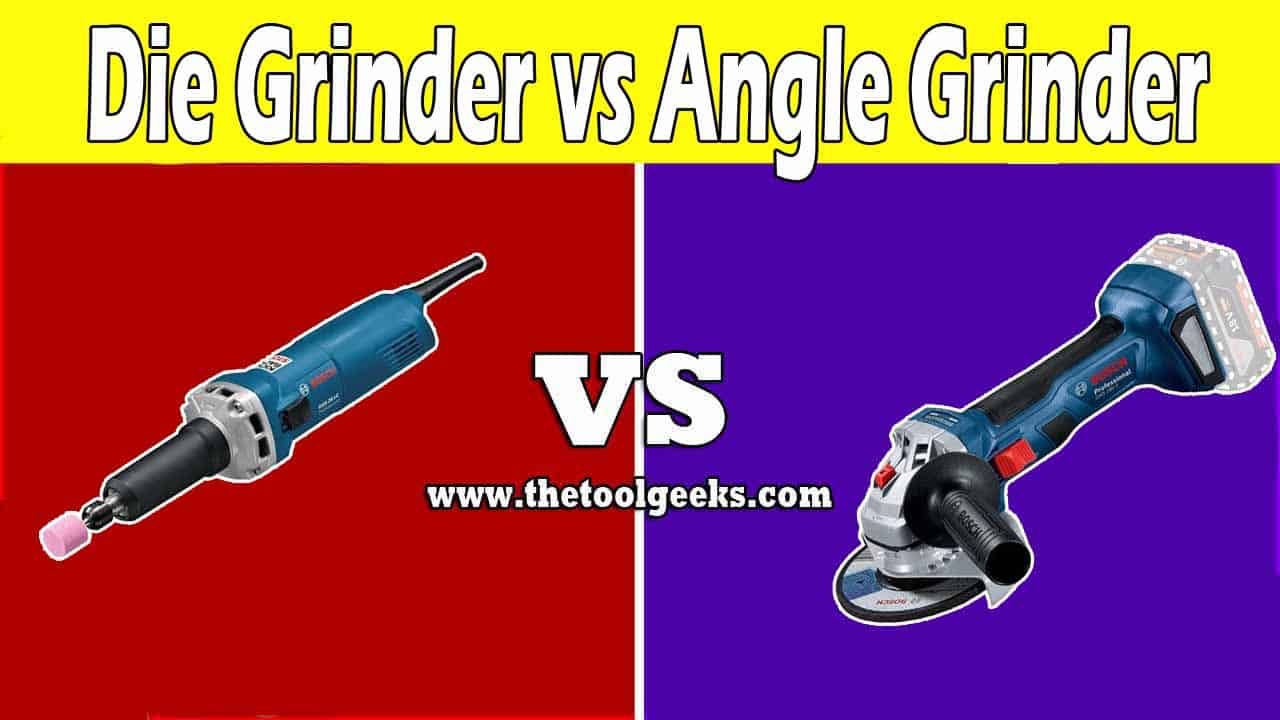 Grinders are versatile power tools that cut across both worlds of carpentry and steelwork. Grinders are used for different tasks. You can use grinders to cut materials, grind, sharpen, and sand. It all depends on what task you have in mind.

But, just like all other power tools that have several types, there are different types of grinders too. Each grinder with its unique build and function.

Though there are several types of grinders, two grinders are usually on the top of every prospective buyer’s list. These are the Die grinder and the Angle grinder.

Both grinders work brilliantly and they can both execute several tasks when attached with the right parts. But, what are the differences between the die grinder vs angle grinder, and which do you need for your task? Let’s find out.

What Is a Die Grinder and What Is It Used for?

Die grinders are small handheld grinders that can be used to polish, sand, cut, sharpen, and grind different surfaces and instruments. Die grinders are lightweight with the common models weighing less than 3 pounds. 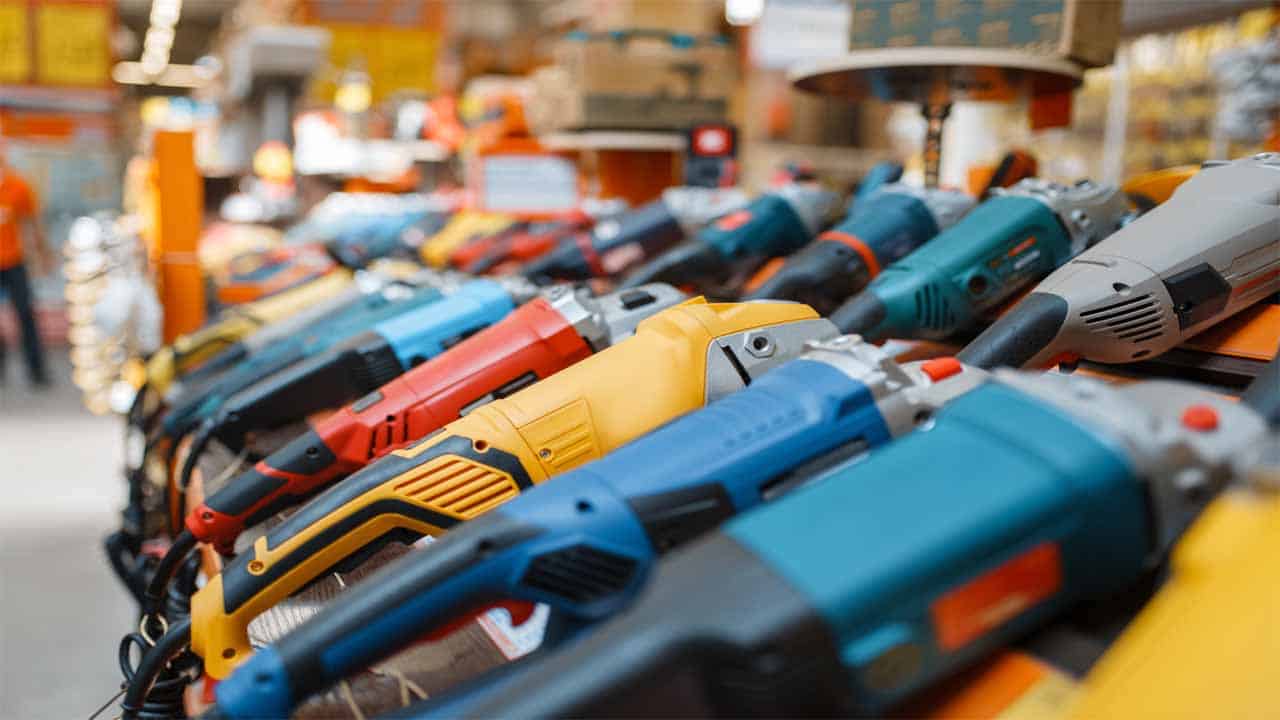 Most die grinders come with components or parts called bits. For those that aren’t designed with bits, the bit needed will be purchased separately. Bits are used to describe the different attachments that can be used with the die grinder.

Die grinders due to their small size and lightweight are great with tight spaces. The grinder can be used to sand, cut, or polish tight spaces and difficult to reach areas in the home.

Die grinders are popular for sanding and cutting but the tool isn’t just restricted to that. With the right bit, you can sand, cut, polish, and do a whole lot more with a die grinder. This makes die grinders a very versatile power tool to have. It doesn’t come as a surprise that the die grinder’s main strength is its versatility.

The main downside of the die grinder is that it isn’t a powerful tool. The motors of most die grinders do not go beyond 5amps in the power rating. Die grinders can’t tackle large tasks.

What Is an Angle Grinder and What Is It Used for?

Angle grinders are always the first name that comes to mind when you hear of grinders. This is because angle grinders are very common and there is a chance you might have come across one or even used one. 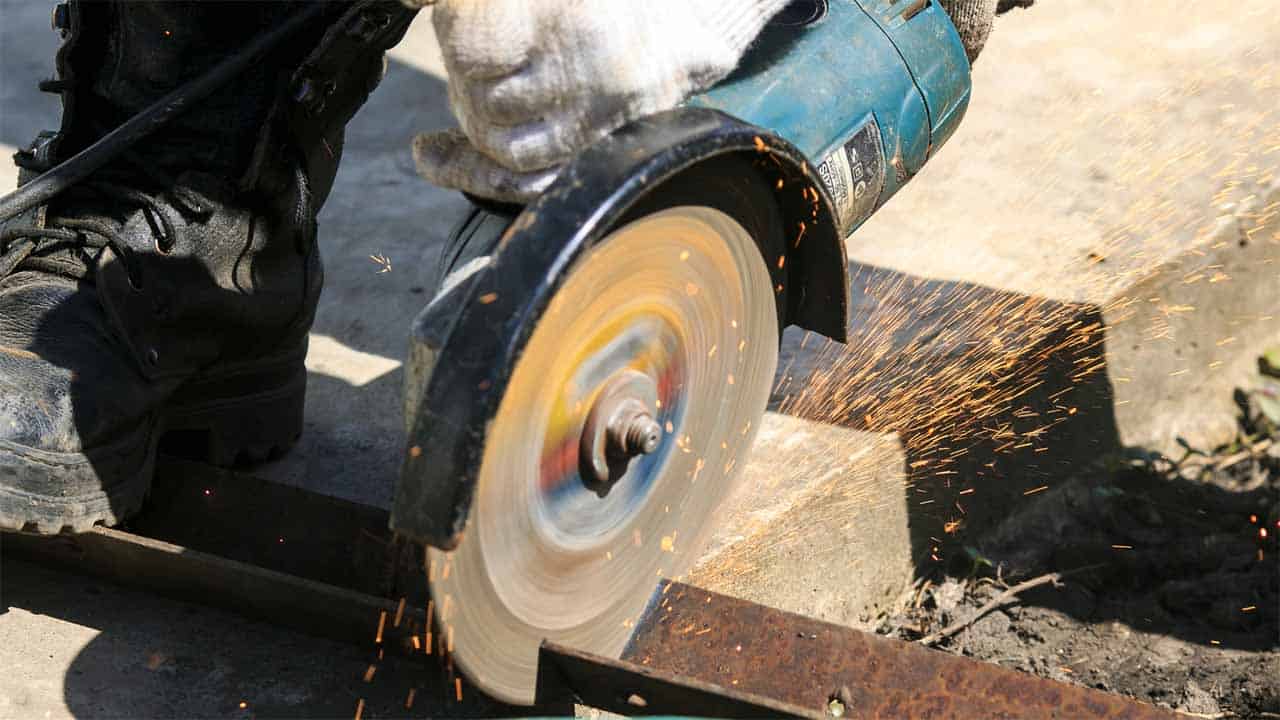 Unlike die grinders, angle grinders are powerful tools that are used majorly for rough work. Angle grinders have motors that are capable of generating speeds of up to 10,000 RPM (revolutions per minute). This sounds a bit much but when you find out that the power tool is usually powered by a 7 amp motor, you wouldn’t be that surprised.

As long as you attach the right disc to the angle grinder, you can complete several tasks. The main advantage of the angle grinder is its power. This means it is more suited to large-scale tasks.

The main downside to the angle grinder is that it is slightly heavier and the large size means it can’t fit into tight corners and spaces. Asides from that, it’s a pretty good power tool to have. But how good is it when compared to the die grinder? Let’s find out.

The angle grinder and die grinder are both terrific tools. They are both handheld grinders that can tackle several needs and different types of tasks.

However, if you want to buy one, it’s always a good idea to know where each grinder stands when compared to the other.

This will help you figure out which grinder you need for your task and which you should buy. So, let’s do a vivid comparison using both grinders’ features.

The power of the grinder is determined by the motor. Angle grinders usually have a more powerful motor than die grinders. The amperage (amps) of an angle grinder’s motor ranges between 5 amps and 15 amps depending on the size of the angle grinder.

The speed of the grinder also matters when performing tasks. For instance, while cutting, a greater speed means you can cut materials faster and also arrive at a smooth cut.

Lighter bits mean the motor can spin the bit even faster. Generally, die grinders range between 8000 RPM for the larger models and 34000 RPM for the light models. That’s an average of about 20000 RPM. That’s twice the speed of the regular angle grinder.

Die grinders on the other hand are smaller. At best, a large die grinder will be about 20 inches long. The smaller models are usually about 7 or 8 inches long at best. When you compare this size to that of the angle grinders, you can see that angle grinders are bigger.

The same is the case for the bigger models. Large angle grinders can weigh as much as 15 pounds while the larger die grinders weigh about 5 pounds at best which is the same weight as a small angle grinder.

Related Read — How to Smooth Concrete With Angle Grinders?

The cost of both grinders might come as a surprise when you plan on buying one. This is because for all the increased power, weight, and size of an angle grinder, die grinders still cost more than they do.

Versatility refers to the grinder’s ability to take on several types of tasks and projects. Both grinders are very versatile. When you attach the right component, you can complete virtually any task with them. However, die grinders are more versatile than angle grinders.

Though angle grinders can also complete different tasks, the grinder is more suited to cutting, sanding, and polishing. Die grinders on the other hand can be used for virtually every task you want to complete in your workshop. The only downside is that the die grinder can complete these tasks on a smaller surface or a smaller scale.

With an angle grinder, you need a disc to use the tool. Most discs out there are for sanding, cutting, and polishing. Die grinders have dozens of bits that can be attached to the tool. There are cutting bits for cutting materials, sanding bits for sanding surfaces, polishing bits, drill bits for drilling holes in different materials, and burrs used for grinding metal.

The versatility of the die grinder is because of the grinder’s chuck. The chuck is what holds the bits in place. The chuck makes it possible to attach virtually any type of attachment with ease. Angle grinders on the other and can only be used with a disc and a particular size at that. So it’s understandable that the angle grinder isn’t so versatile.

Should You Get the Angle Grinder or the Die Grinder?

It all boils down to this question. Which of the two grinders should you get? While the decision ultimately depends on you, two main factors will influence your decision. Let’s check them out.

However, if you are fortunate enough to have the funds, then you can go for the die grinder. Either of the two will be a good investment. If you are looking to cut down costs, you can go for used grinders. Used grinders are usually cheaper than brand new ones. Just ensure to buy the grinder in a credible store where you can get a warranty and a receipt after your purchase.

As an expert tip, if you plan on purchasing a die grinder, you should plan on buying multiple bits. This is because the increased speed of the die grinder means that the bits will wear out fast so you will need to replace them occasionally.