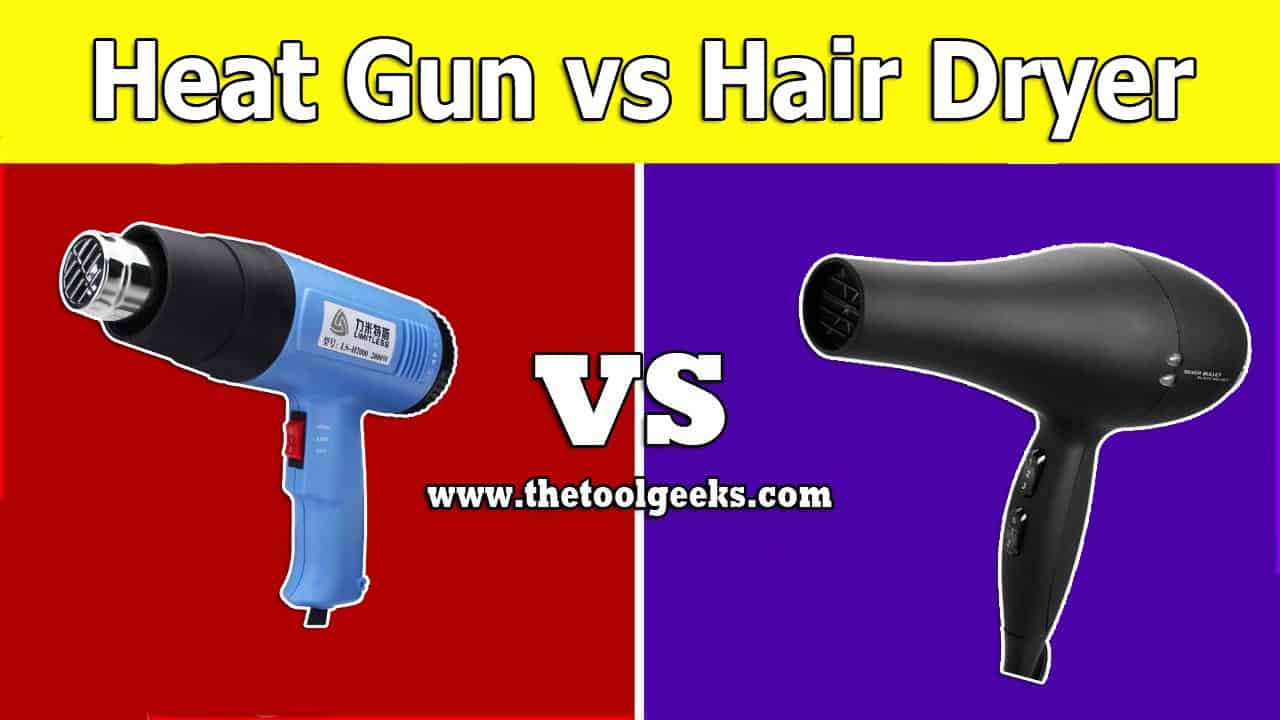 You have to agree with me when I say that heat guns and hair dryers are kinda the same, right? The same design, both of them blow hot air and a lot of other things that make them even more similar.

I know a lot of you have at least thought once about the difference between heat gun vs hairdryer.

Down below we have listed all the differences between these two tools and how can we use one to complete the other jobs.

What’s The Difference Between Heat Gun vs Hairdryers

Okay, they may have the same design, at least some of them do, they both blow hot air, but heat guns and hair blowers are not the same. You may end up hurting yourself if you try to replace one with another to complete a task.

What are heat guns? 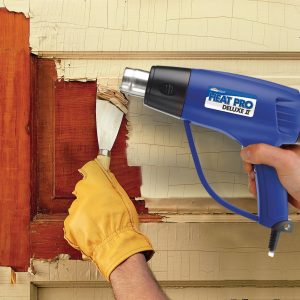 If you never used a heat gun before and you are thinking if you can use a hair dryer instead of a heat gun, then maybe you can, it all depends on the task.

As we have mentioned before in this post that heat gun design is just like hair blowers, and their concept is actually the same, to blow hot air.

But why use a heat gun instead of a hair dryer? Let me tell you why.

First, we have the basic heat gun that doesn’t actually produce a lot of heat (comparing to professional heat guns] somewhere from 150 to 750 degrees, and it doesn’t have a lot of features that can help you to do your job faster. They just have an ON button and an OFF button. Which basically makes the heat gun start and end.

You may be thinking, but what do you want more from a heat gun? You just have to start it, do the job, and then shut it down, right? Yes, that’s what I thought too when I bought my first heat gun, but when you are working with different heat guns and on different objects, you start to know why you really need more features.

Now, this brings us to the better heat guns or to the digital heat guns. From my personal experience, I have found out that heat guns that have an LCD display are better. And the difference between the basic heat gun and the LCD one is pretty big. Just like saying an old 2005 phone vs the new iPhone or Samsung. That’s how big the difference is to me.

Now, what is actually the difference between these two? If you haven’t read my post where I wrote about my first experience with a heat gun, which you should read, I have mentioned that I got my hand burned from trying to check the temperature. I had the basic model of a heat gun. Now, that would not happen if I had the LCD one.

Why? Well, because if you have the LCD one, you won’t need to put your hand between the object and the tool to check if the heat gun has reached a good temperature that you can work with. All that happens because you can actually see the temperature that is flowing at that very moment on the LCD display.

I will soon make a whole post about the difference between the LCD display and the basic one, and why should you get one and the other. 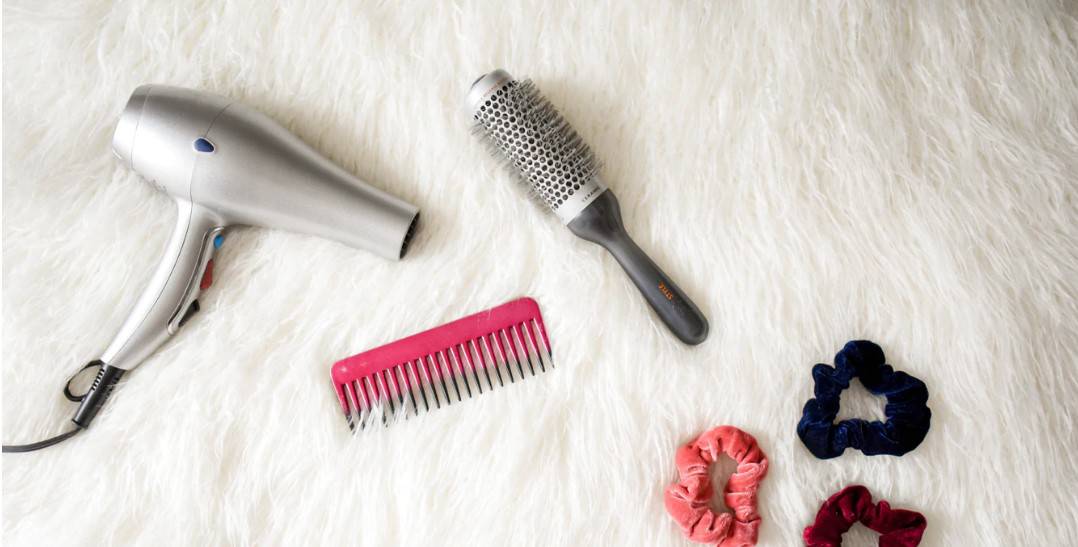 I thought a lot and I wasn’t sure even if I should start writing about what are hairdryers since I’m sure almost everyone knows what they are. But for the sake of this post, I did!

Now, hairdryers are just like heat gun and we both have the same design, their temperature doesn’t go too much, depending on the model, and depending on your room temperature it can go up or down.

They are mostly used to dry hair. But they can also be used for some different small projects. Such as heating something up.

Can you use a hair dryer instead of a heat gun?

If you have read this post word per word you may actually have known by now, but if you are lazy and just skipped it to this part then let me you the difference.

So even that they look the same and do actually the same job they are not really used for the same tasks. And that’s all because of their temperature. Heat guns are usually used to shrink wrap, remove paint, or anything else that needs a lot of temperatures, meanwhile hair dryers are used only to dry your hair.

But can you use one to complete the other job? Yes, but this goes only one way. You can actually use hair dryers to complete a heat gun job, of course, that is only for small tasks that don’t need a lot of temperatures, and only if you have a lot of time because it will take forever to complete a task with hair dryers.

But on the other way, you can never use a heat gun to complete a hairdryer job. As we know, hairdryers are only used to dry your hair. So if you use heat guns to dry your hair … Let’s just say there won’t be any more hair for you to dry. So never direct the air from heat guns to your hair, or even to your body, a lot of bad things can happen!

I failed horribly, I broke my glass table, I burned my hand and I destroyed many little objects while I was working, and all of this could have been avoided if I only made a simple search on google. If you want to know how my first experience with heat guns went and what happened then make sure to read my post about it.

Related Reviews
Other Tool Reviews
Scroll back to top